After a bit of prompting from a colleague, I decided to start keeping some records of the prototyping and fiddling that I have started with the Raspberry Pi Zero which I acquired recently.  The Pi Zero is the smallest variant of the Raspberry Pi, and is still in rather short supply at the moment.  To give an idea of size, this is what it looks like next to a TWSBI Diamond 580 fountain pen: 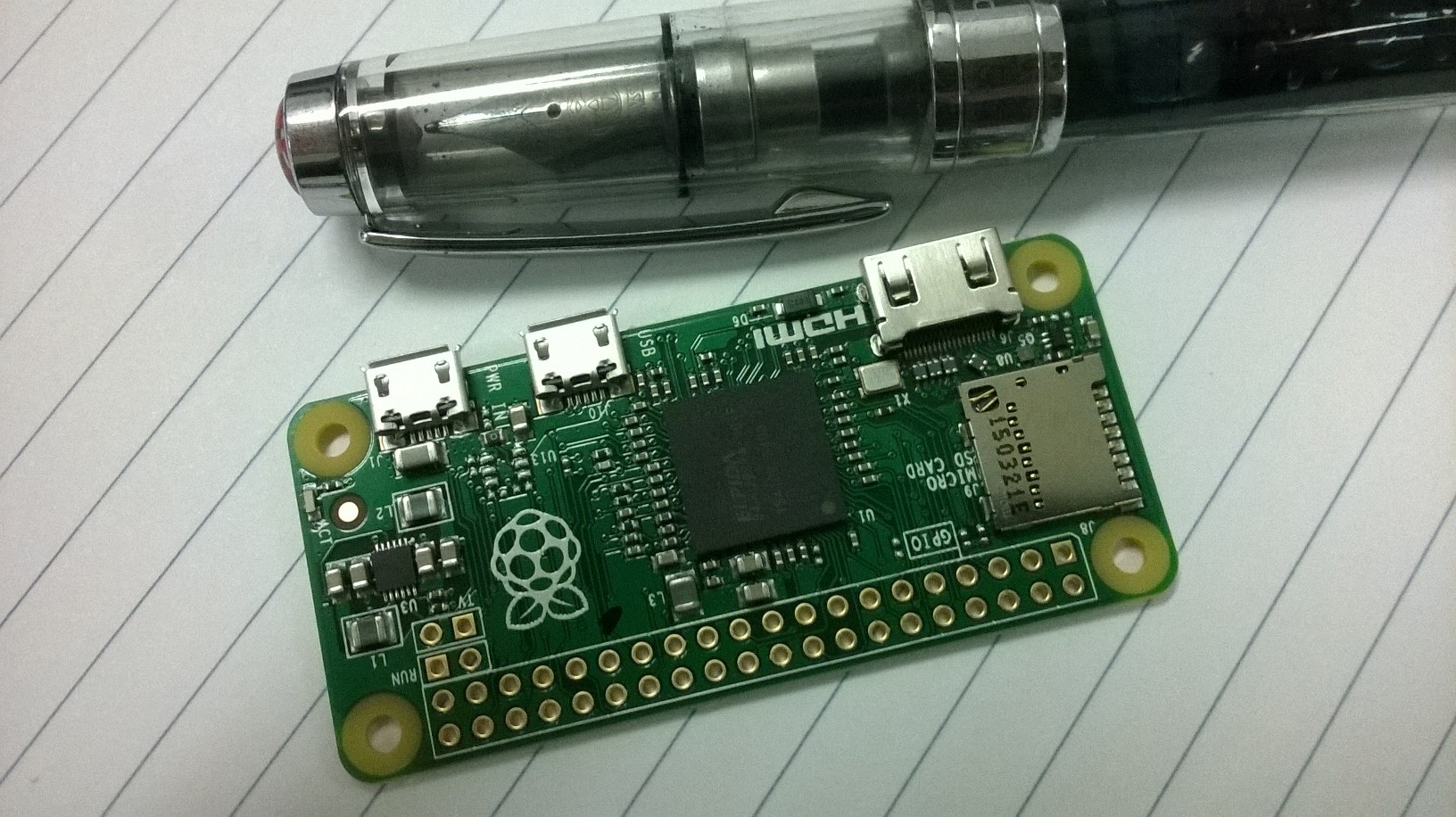 The project I am starting to work on again is an irrigation controller for my drip irrigation system.  I originally started out with a Raspberry Pi 1 model B, but then got sidetracked.  The release of the Pi zero really brought a perfect platform for an embedded system.  The controller will make use of MCP23017 GPIO controllers on the I2C bus to control relays.  The prototype currently looks like this:

Over the next weeks, I hope to add more details of my work on this.